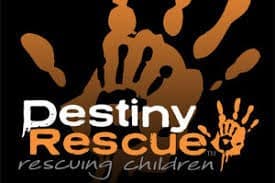 Announcing our support of Destiny Rescue

This year brings new perspectives on life and business for everyone coming out of COVID. New ways to work, new ideas and new direction. And it’s no different for the Professional Investigators College of Australasia (PICA) and The Forensix Group.

It’s time to give something back.

This year we’re partnering with an outstanding charity close to our hearts, Destiny Rescue. If you don’t know about them and the brilliant work they do… you should.

Here’s the facts. Over one million children are exploited by sex trafficking throughout the world, and 70 percent of them are in the Asia Pacific region. An astounding $99 billion is generated by sex traffickers each year.

If that doesn’t make you shake your head in disbelief, then it’s likely nothing will.

Taking away the innocence of children, exploiting their vulnerabilities and profiting from it is about as evil as you can get. Standing by and watching it is a standard none of us should ignore. This is where Destiny Rescue steps in. And what an amazing story it is.

In 2001, Australian founder and CEO Tony Kirwan overheard a man in a Thailand street bragging about how he’d been invited to have sex with children. From that time on, Destiny Rescue have help rescue more than 8000 people from sex slavery across the world. Rescue agents, border agents and social workers work closely with local authorities to obtain the evidence to arrest and charge the perpetrators. But, more importantly, free vulnerable children from sexual slavery, forced labour, forced marriage and exploitation.

We’ve provided a link on our websites to this wonderful organisation, or you can learn more about them by clicking here.

And why you’re there, think about donating. Destiny Rescue is a completely self-funded charity organisation who rely on donations to operate. PICA has committed to donating $30 from every course enrolment to Destiny Rescue. It’s our hope that we can once day soon be contributing thousands of dollars every month to rescue children.

CEO of The Forensix Group, Gregory Lamey, said that contributing to Destiny Rescue fitted in with their own values. “This is an organisation that exists to help children and vulnerable adults from the most horrendous crimes,” he said. “If we can play a little part in helping then we should.”

It’s important to note that Destiny Rescue don’t just free children, but also ensure that they don’t return to that life. They do this through aftercare in collaboration with local support agencies, including accommodation, financial and psychological support, education and training.

Director of PICA, Paul Harmer sees the opportunity to support Destiny as a chance to contribute to cause close to his own heart. “Having young kids myself I could not imagine the thought of them being exploited and sold to foreign tourists for sex, “he said. “I’m so glad we’re able to help in some way.”

The Professional Investigators College of Australasia (PICA) and The Forensix Group are proud to support Destiny Rescue with a contribution from each course enrolment.