Investigative Interviewing a practical guide for using the PEACE Model. 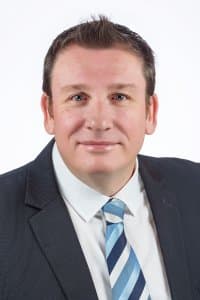 Gregory’s career started in the early 1990’s with the NSW Police Force after graduating from university with a Bachelor of Business (Human Resource Management). He rose to the rank of Detective Inspector before leaving the Police Force to focus on corporate and workplace investigations.During his time in the Police Force, Gregory predominantly worked as a criminal investigator (both in metropolitan Sydney and regional and remote areas) and he was responsible for a number of complex strike forces and major investigations. During this time, he also gained further qualifications in policing, investigations management and criminology. He was also an accredited police negotiator and was heavily involved in training young investigators. Since leaving the Police Force Greg has been heavily involved in investigations, including workplace matters and workplace training. He has a particular interest in bullying, harassment and code of conduct issues, as well as internal fraud and related matters. Gregory has been responsible for the training and development of compliance officers across Queensland, including in local government. Greg is a justice of the Peace (JP Qualified) in Queensland and is a licensed investigator in both New South Wales and Queensland. He also holds a number of vocational qualifications in Investigation Services, Government (Investigations) and Training and Assessment. Greg is a member of the Australian Association of Workplace Investigators (AAWI), the Australian Human Resources Institute (AHRI), the Australian Institute of Professional Investigators (AIPI), the Australian Institute of Training and Development (AITD) and the World Association of Detectives (WAD). He is married with three children and a terrible golf player.