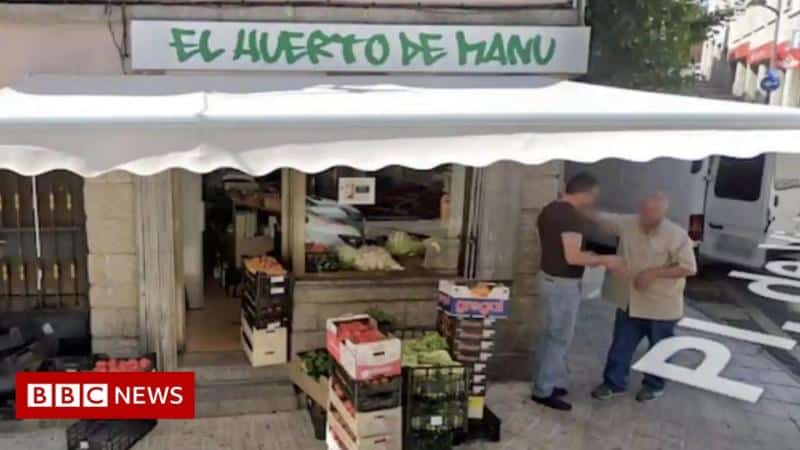 This week Italian police located a fugitive that had been on the run for 20 years. Gioacchino Gammino, a member of a Sicilian mafia group, had escaped a Rome jail in 2002 and in 2003 was sentenced to life imprisonment for a murder committed several years earlier.

How did they find him after all those years?  Tracking bank accounts? Informants?  Highly specialised forensic techniques?  Nope.

Yep, a Google Maps Street view of a person that looked like Gammino, in front of a fruit shop, triggered a deeper investigation into his whereabouts. The investigators had a starting point and a location to dig further.

Images – even when an investigator doesn’t know where they are from, when they were taken or what location they depict – can be an invaluable source of information to assist with an investigation. Imagery Analysis (or “IMINT” to the OSINT geeks) is an intelligence gathering process where images are analysed for some specific reason. Traditionally, it’s been used in military and law enforcement. But there is a plethora of uses for IMINT beyond identifying weapons of mass destruction.

Think about trying to find a missing person, or the location of (or frequented locations) of a surveillance target.  Being able to identify an image can be an extremely useful tool.

Expert OSINT consultant and trainer, Neil Smith, details many occasions where IMINT has helped in investigations. Recently he traced a subject on Facebook who had sufficient privacy settings. However, he had a background image from his wedding, which the subject’s wife had liked, which led straight to her Facebook account, which was a little bit more open.

He found a photo of a house that talked about their “new forever home” without an address.

A reverse image search failed to locate any matches for the property however the original Facebook post had a “happy to help” type comment from an estate agent. Further investigation (including land registry searches and other photo comparisons) identified other property sales and images that he used to match the subject’s property.

Mr Smith describes the process as “people trying to hide but by using OSINT techniques on the social media posts on close family members we are able to locate useful information on them.”

For further useful resources on OSINT and IMINT check out his website at www.uk-osint.net.

Being a good modern investigator is more than just interviewing people and gathering evidence. These days, having knowledge of tools such as OSINT, IMINT and the range of intelligence functions can go a long way towards successfully achieving objectives. But it’s no good just to know about the tools available. Investigators need to apply appropriate analysis to raw information and also be determined to follow the leads. The internet can be a pretty big rabbit hole in terms of evidence, providing leads upon leads if you know where to look. Learn more about Government Investigation.