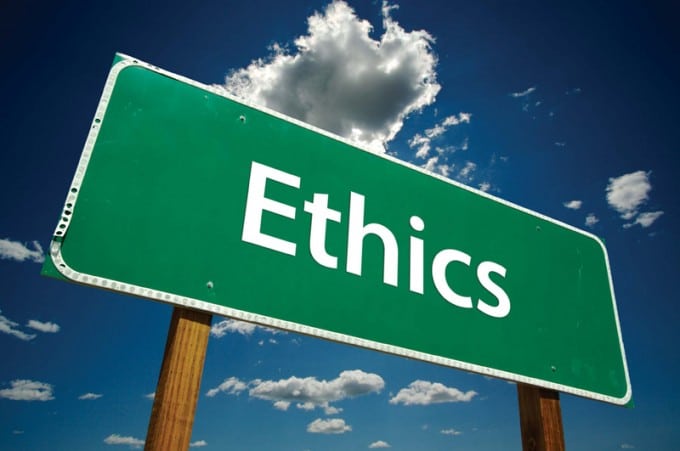 Investigators…what are your ethical “tests?”

The investigation industry is often plagued with controversies regarding ethical concerns; whether it’s the private investigator undertaking dodgy practices conducting surveillance, or the government investigator missing procedural fairness when investigating misconduct. Unfortunately, there’s no standard ethical code for guidance across all investigations and industry groups.

The recent sacking of Australia Post CEO Christine Holgate is one example. A recent report suggests that she was not afforded a right of reply or any say in the reasons for her actions. This flies in the face of the basic premise of workplace investigations; the right to know, the right to be heard and the right to be judged on the evidence alone.

But whether you’re investigating a cheating partner, an insurance claim or a multi-million-dollar fraud, ethics is something that should underpin everything an investigator does.

But what exactly are investigator ethics?

There are many definitions of ethics generally. Sydney’s St James Ethics Centre describe ethics as the “process of questioning, discovering and defending our values, principles and purpose”. It’s about choice, they say.  The Australian Law Reform Commission denote that ethics consistently relates to an ‘ethos’ or ‘way or life.’

Whatever way you think of it, ethics means doing the right thing. Some expand on this in in saying “doing the right thing… while no one is watching.” Other terms like “moral compass” and “moral blueprints” are sometimes used. Other good investigator traits are thrown around when talking ethics, like objectivity, transparency, integrity, trustworthiness, accountability…. you get the idea.

But how does an investigator gauge an ethical decision?

What ‘tests’ can an investigator apply when making ethical decision or facing a dilemma?

CEO of the Forensix Group and the Professional Investigators College of Australasia, Gregory Lamey, says that investigators firstly need to ask themselves if the decision they are making (or act they are doing) complies with the law, policy or procedure.

“If it’s unlawful – for example trespassing – improper (like making pretext calls contrary to the Privacy Act) or against a client’s policy, then it’s most likely unethical,” he says.

“It’s less clear when there may be a conflict of interest or a client wants you to shortcut things.” For example, providing a summary report about a workplace investigation matter (before the completion of the investigation) may have significant legal and industrial ramifications later on. It wouldn’t sit right with a professional investigator, but it’s still sometimes done regardless.

Mr Lamey says there are a number of tests an investigator can apply when dealing with an ethical issue. Here are five:

What does the law, policy, rules and procedures say? Are your alarm bells ringing? How would you feel if someone held a candle or light up against your decision?

How would the actions of decisions of the investigator look if on the front page of tomorrow’s newspaper (or journal, newsletter or webpage)

What if you were being filmed or recorded? Are you doing the right thing?

Making a decision that ultimately affects someone’s career can have a significant effect. Could you tell your mum about your actions?

What would a group of people sitting around a table at the pub think about your decision? Was it reasonable, fair and objective?

In the end, investigators need to firstly realise that they have an ethical issue. Being in denial or ignoring the issue helps no one. Secondly, thinking critically is vital and weighing up options, making a decision and testing it, and reflecting is paramount.

At the end of the day, an investigator will be judged firstly by their client, then by a court or tribunal if necessary. “An ethical investigator needs to be comfortable with both their process and their decisions, particularly around procedural fairness,” Mr Lamey notes.

“An ethical investigator is one that follows the rules, applies complete objectivity and transparency and does the right thing, even when there’s external pressure.”